Painting has been a part of human civilization for a very long time in the form of drawing with charcoal on the cave walls or luscious oil paint strokes on the canvas. Paintings have come a long way with so many mediums on board from oil paints, to pastels and watercolors.

Although oil paint had begun to be used by the people in the 10th-century it was not until the 15th-century that the oil painting gained its due credit.  Several artists have created masterpieces that have some incredible details be it small or large.

But, ever wondered if there’s something that came up in a small canvas? Well, yes!  Several famous oil paintings take up a small canvas area but have had a huge impact on their audience. After all, good things come in small packages and perhaps it holds for art.

So, let’s look at the 5 small but famous oil paintings that showcase some incredible art skills and thought processes in art history!

The Persistence of Memory (1931) – Salvador Dalí

This famous surrealist piece of artwork from Dali perfectly introduces the images of the soft melting pocket watch to the world. The masterpiece mirrors the artist’s sheer interest in modern physics like the well-known abstract Einstein’s relativity perspective. This achievement had brewed quite a storm and challenged the pre-existing ideology of the fixed time and space.

Moreover, Dali was also very much fascinated by the research of the controversial Freud theory on the significance of dreams. While the impact of the painting seems unreal, the size of the painting is a mere 9 1/2 x 13 inches, and if you don’t look close enough, you might just miss it.

This enigmatic piece showcases a fading figure with one closed eye (probably meant to showcase dream state) that often appears in dreams but the dreamer is unable to pinpoint the exact form and composition.  The clocks here are meant to symbolize the persistence of time in the eyes of the dreamer. Dali uses various signs like ants, insects to signify decay, and other such imagery to depict the essence of dreams.

Self Portrait by Rembrandt van Rijn (1630) Rembrandt had created nearly 100 self-portraits during his lifetime, but this small little 15 x 12.2 cm canvas is an example of how art always comes back to the top. It has quite a story behind it which makes it even more special and famous. It was originally purchased in Rotterdam, the Netherlands, for a mere 35 florins.

However, it then went on to be put up in the National Museum in Stockholm, Sweden, for the next several years. In December 2000, there was an armed robbery at the National Museum, Sweden, and only 3 paintings were stolen, which included this self-portrait. But, again in 2005, the self-portrait was recovered and then returned to the museum just in the nick of time for the opening of the Dutch painting of the Golden Age exhibition.

The Goldfinch by Carel Fabritius (1654) This painting by Carel Fabritius, ‘The Goldfinch’ is an oil on panel measured about 33.5 by 22.8 centimeters (13.2 in × 9.0 in), but the sheer details in the painting just show the incredible craftsmanship of the artist. The oil painting is a life-size European goldfinch perched on top of a feeder, enclosed by two wooden half-rings fixed to the wall while its leg is attached by a fine chain.

The goldfinch is a famous painting not just for its exotic colors but also for its symbolic meanings. Goldfinch’s association with health symbolizes the Redemption, but its habit of feeding on the seeds along with its red face symbolized the crucifixion of Jesus. Many of such devotional paintings were created by artists when the Black Death pandemic gripped Europe.

There are very few artists in the world who are very difficult to classify as their art is not bound by any boundaries, rules, or expression. Paul Klee is one of them. From classified as a surrealist to an expressionist to be labeled as a futurist, Klee has developed his language in art influenced by orientalism and the magic of music. One key factor that differentiates Klee’s art from another sect of artists is his concept of painting as rhythm.

This little painting termed as a “Small Rhythmic Landscape” is an example of Klee’s indigenous and mature style. He was a brilliant teacher and master of color theory and color mixing. This small painting in oil on canvas does not represent any specific place in the world, but the artistic distribution of elements of nature like the color, light, space creates a small painted symphony just like music. This special book of hours is not only tiny but also has an impressive collection of images! It contains beautifully decorated letters with over 131 miniatures. Although the Books of hours were used for devotion and prayers, the 206 decorated pages measure only 21.5 x 30 cm. It’s one of the most famous illuminated Gothic manuscripts and probably the best surviving manuscript of a French Gothic manuscript.

Throughout art history, artists and painters have always pushed the envelope of art to explore new media and ideas. By working on small-sized oil- paintings, painters were able to express their art and in turn inspire the world to stretch boundaries. If you wish to buy a small-sized artwork yourself, do have a look at the https://www.1st-art-gallery.com and see what inspires you. 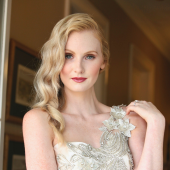 Hey Lovelies! I made this blog to share my daily tips about home improvement, children, pets, food, health, and other ways to be frugal while maintaining a natural lifestyle. Interested to be a Guest Blogger on my website? Please email me at: [email protected]

More from this Author